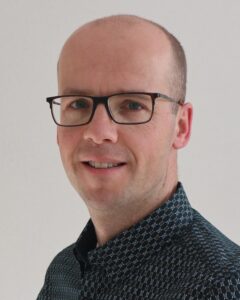 In 2010 he joined the group of Prof. Jonathan Nitschke at the University of Cambridge (UK) on a NWO Rubicon postdoctoral grant, working on self-assembled metal-organic cages. In October 2012 he moved back to the Netherlands, to work as a NWO Veni grantee in affiliation with Prof. Jeroen Cornelissen, at the University of Twente, on responsive self-assembled materials. In October 2013, he took up a position as assistant professor (tenure-track) in the Laboratory of Organic Chemistry, headed by Prof. Han Zuilhof, at the Wageningen University. After joining the Wageningen Young Academy (WYA) in January 2016, he became one of the two co-chairs of the WYA in Januari 2017; a position he held until April 2019. His membership of the WYA ended April 2021. In 2018 he was awarded a Vidi grant from NWO that allowed him to fortify his research program in dynamic polymer materials. In March 2019 he was promoted to tenured associate professor.